The Sisters of Our Lady of Sion established a school for girls in 1890 and the Marist Brothers arrived in 1922 to begin St Patrick’s College for boys. The respective Founders of the Orders, Theodore Ratisbonne and Marcellin Champagnat were contemporary nineteenth century French men. Theodore’s focus became the founding of schools for poor students in Paris and Marcellin concentrated in the rural areas south of Lyons. Both Founders had a consuming devotion to Mary as their Good Mother, and entrusted their Orders to her protection.

Catholic College Sale was formed in 1977 with the amalgamation of St. Patrick’s College and Our Lady of Sion College. At that time, a third campus, the John XXIII Campus, was established to cater for senior students in Years 11 and 12 in a co-educational environment. Until 1993 the Sion and St. Patrick’s campuses accommodated our Year 7 to 10 girls and boys respectively (1992 being the last year of separate campuses).

From the beginning of 1993, these fine traditions have continued in completely co-educational settings with Years 7 and 8 students at the Sion Campus and Years 9 to 12 at St. Patrick’s Campus, which now incorporates the John XXIII building.

From 2021 Catholic College Sale has consolidated onto one campus at the St. Patrick’s site. 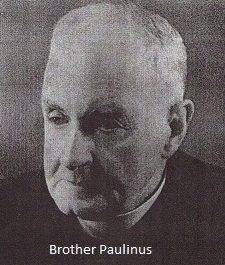